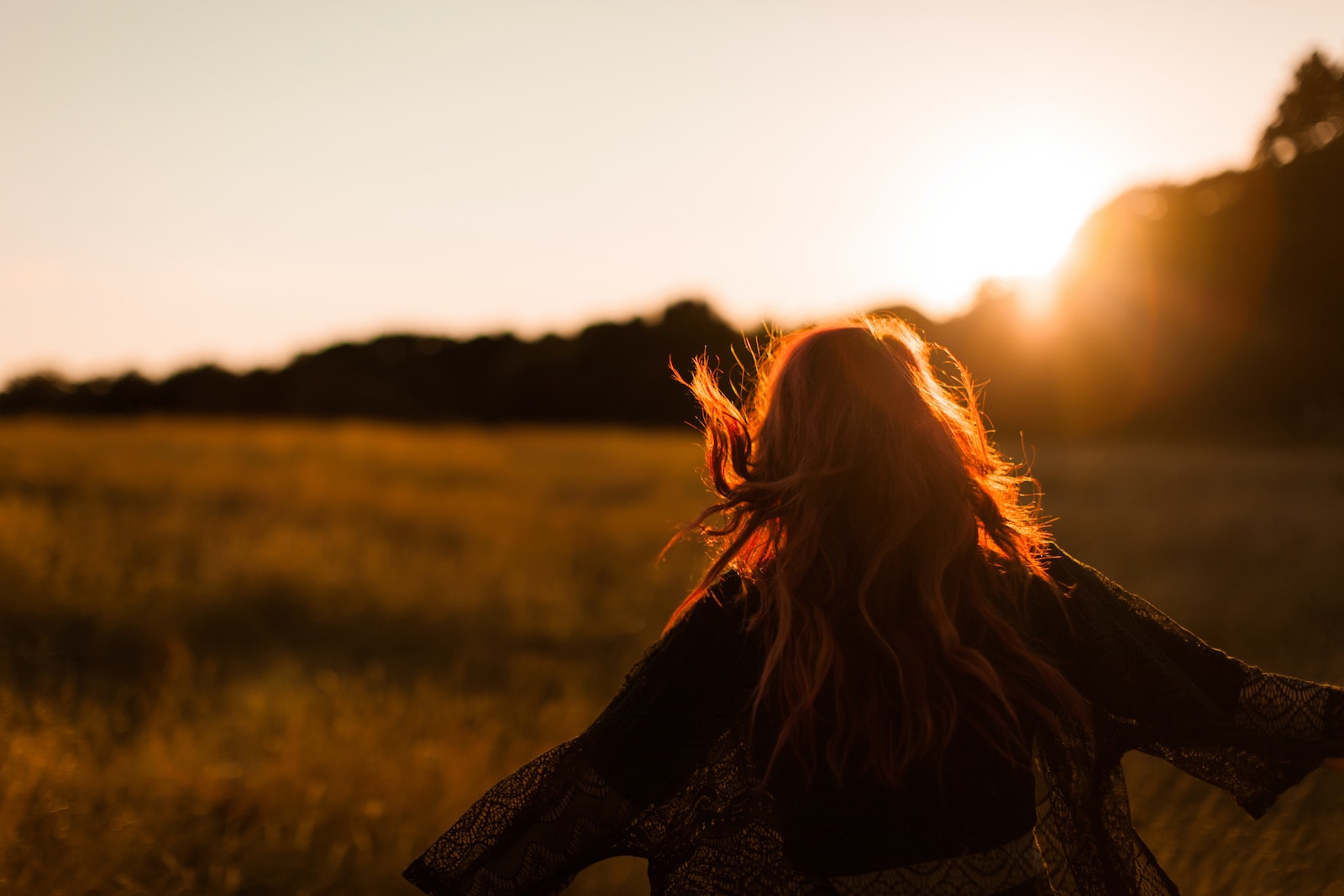 The Truth about Happiness

As an undergraduate I read Aristotle’s Nicomachean Ethics for the first time. Sitting in the metal desk with its foldable table, my pen ready, my book open, and a fresh page in my spiral notebook, I was prepared to glean wisdom from my professor on this classic of Western thought. However, the instructor started the seminar with a strange question, “What makes you happy?”

After a moment of hesitation, 15 worldly-wise students delivered 15 different answers, among them: family, success, God, dating, movies, food, and working out. The dialogue continued as our living Socrates asked, “If each of you defines happiness differently, how then may Aristotle say that happiness is the end of every person?”

We spent the next hour offering rejoinders to Aristotle and to each other, discovering that happiness must not be circumstantial or subjective. Rather, as the great philosopher asserts, happiness is “something perfect and self-sufficient” as well as “an activity of the soul in accordance with virtue.”

The Greek word for “happiness” is eudaimonia, literally translated as “good soul state.” Happiness is a state of being virtuous; a happy person practices and has habits of virtue. Throughout Western tradition, philosophers and artists have wrestled with this definition in defiance or acquiescence, sometimes adding, adjusting, or improving upon it. Yet, for most 21st century Americans, this millennia-old conversation has been forgotten. When Americans discuss the “pursuit of happiness,” we assume a definition of happiness much like what I and my college classmates initially produced, one that is personal, temporal, and connected to pleasure. Any innate link between happiness and virtue has been severed, not to mention the loss of the idea of a soul.

Picking up Elizabeth S. Amato’s The Pursuit of Happiness and the American Regime: Political Theory in Literature, I was hungry for a reinstallation of the truth about happiness. More than sympathetic to her project, I admired it: We should investigate our greatest stories to uncover clues about the American pursuit of happiness.

Amato, assistant professor of political science at Gardner-Webb University, takes up works by master storytellers—Tom Wolfe, Walker Percy, Edith Wharton, and Nathaniel Hawthorne—and makes the characters in their novels into case studies in the pursuit of happiness. Those who fail have generally chosen the wrong ends—usually the autonomous self—whereas those who succeed have learned the value of community and friendship.

Wolfe, she says, points us toward moral courage as a tool in this endeavor. When we defy cultural expectations and overcome our desire for status, we make incremental moves toward happiness. Analyzing I Am Charlotte Simmons (2004), Amato identifies the failings of liberal education to create “politically and morally free beings” who can resist “popular opinion” and overcome the desire to seek status. As Alan Jacobs argues in How to Think (2017), groupthink and the temptation to want to belong to what C.S. Lewis called “the inner ring,” have contributed to our current state of disrespect and factionalism. A return to Wolfe’s novels may remind readers of these dangers.

The book is a literary exercise directed toward diagnosing America’s discontents, and it is unsurprising that she would turn to Percy for guidance. Unfortunately, the author misreads this subtle diagnostician’s intentions. “The goal, for Percy, is that we may become at home with our unhappiness,” Amato writes. But what “unhappiness” really does in Percy’s fiction is initiate the search for happiness. It indicates that all is not right with the world.

For Percy, “unhappiness” is one of our Christ-haunted nation’s last registers of the fallen state of human beings. Since we have deemed “sin” as superstitious or old-fashioned, we misdiagnose our hearts’ restlessness as psychological or physical disorders like depression or ulcers. As a Roman Catholic, Percy believed happiness could be found, but it was a gift granted by grace from a Trinitarian God, and not to be achieved by scientific achievement, material gain, or fulfillment of physical desire. Such a conception of the world or human nature does not fit Amato’s political constructs. Percy’s religion would hinder her argument and cause a pretty steep hurdle. Instead, she reduces his ideas to accord with her thesis regarding the pursuit of happiness and Americans’ isolation from one another. Amato’s reading of Percy reminds me of what Binx Bolling says about films in The Moviegoer (1961): “The movies are onto the search, but they screw it up.” Similarly, Amato comes close to interpreting Percy, but ultimately misses his point.

By Amato’s lights, Edith Wharton, more than Wolfe or Percy, moves beyond the individual’s will to communal guidance in the pursuit of happiness. For Wharton, she writes, “Individual life cannot be meaningful or even lived well apart from social life.” In Wharton’s novels, the need for others is not self-serving (that is, friendship as a means to happiness), but relationships require accountability and responsibility. They also inculcate virtue. We are persons in a body politic, not individuals contractually obligated to living under the dictates of an abstract institution.

Too often, we hear (and say), “I just want them to be happy” as an excuse for not speaking out against licentious behavior. If, in this instance, we assume “happiness” is “pleasure,” then we are likely furthering our friends’ ruin. True happiness often comes at the cost of pleasure, the sacrifice of temporal delights for more lasting contentment, as Amato finds in Newland Archer’s self-denial in The Age of Innocence (1920). Amato calls on the novelist to “expose the pitfalls of this national characteristic to treat the pursuit of happiness as a license for self-gratification and release from social obligation.” We must become more diligent at discerning between happiness and pleasure, and great novels illustrate the difference.

Even more than novels, Amato posits that other human beings are “our greatest resource to help us and guide us toward happiness.” She sees this truth played out in Hawthorne’s fiction, where “the heart’s mystery provides the basis of our moral and political freedom, because the inner self remains incompletely known and partially veiled from others.” Ah but if only this were true—how happy we would all be! Unfortunately, Amato undermines her earlier testaments that we should be standing up against other people, especially in mass, and that too often, we are guilty of leading each other away from true happiness. While she is right in dismantling the American idol of absolute autonomy, social obligations are not the simple antidote, nor is a delight in our heart’s mystery. Such a remedy is too palliative.

While Amato contends that policymakers cannot define happiness because it would infringe on the liberty of individuals, the Western tradition (as far back as Boethius and perhaps earlier) would argue that, if we do not dissuade licentious behavior, then we are advocating slavery of the individual to his or her appetites. One is only free when one acts in accord with reality. This is where a distinction between soul and self becomes handy. In Amato’s book, “soul,” “self,” and “inner life” are used interchangeably. When describing Wolfe’s fiction, she asserts, “True liberty and happiness is found in the care of the soul, because the inner self is the only thing that one has control over.” The former claim is true, whereas the second half of the statement misuses “self” in place of “soul” and erroneously modifies it with the adjective “inner.” The modifier, while sounding redundant, also hints at Cartesian dualism regarding soul and body, instead of perceiving a person as an ensouled creature.

In a recent lecture, the poet and critic James Matthew Wilsondifferentiated between the soul and self. After contrasting a Romantic painting with one from the Renaissance, Wilson noted how the former casts the self as empty, ready to be designed by the individual, whereas, in the latter, the soul “is not primarily the object of one’s self-discovery.” “The soul grounds the self not chiefly by vouchsafing it as a thing apart,” said Wilson, “but as a reality already participating in an order that precedes it, that places it in relation to the ordered whole of reality, and that subordinates it to the order revealed by the Cross.” Wilson, a Catholic as was Percy, distinguishes between the modern definition of a self and the classical, traditional notion of a soul. In the pursuit of happiness, a self may choose from a variety of means to experience pleasure, and therefore convince itself of happiness, but a soul will only live as happy when conformed to reality. Under the ancients, this conformity meant a life of reason and habits of virtue.

For all the times that Amato begins to define happiness in this book, she never does. Her statements culminate in broad abstractions not rooted in any tradition or even in reality. However, I encourage us to follow her lead, to turn to literature and art as sources of knowledge about what makes human beings happy and how society might encourage, rather than hinder, these pursuits. If we want to come closer to understanding happiness, we should struggle with the stories from the past—as did the Founding Fathers who imitated the rallying cry of Cato from Joseph Addison’s play, or as does the Canadian author Yann Martel, who sends novels to his Prime Minister on a regular basis. Amato acts in this spirit, seeking wisdom about political life from literature. After all, my undergraduate seminar did not stop with reading Aristotle and the other philosophers. We immersed ourselves in the great stories from The Odyssey to Anthony Burgess’ A Clockwork Orange (1962), hoping to answer the ultimate questions that Amato raises about the soul, the world, and happiness.