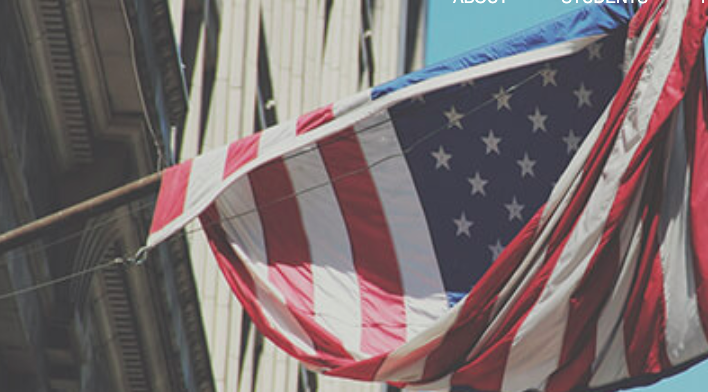 Has “Freedom” Lost its Ring?

What to do when the leader of the free world expresses envy and admiration of an authoritarian dictator?

Following the North Korea–United States summit, President Trump said of Kim Jong-Un, “He is the head of a country, and I mean he is the strong head. . . . He speaks and his people sit up at attention. I want my people to do the same.” Our public servant claims he was making a joke, but nothing catches American attention like threats to freedom.

Our National Anthem describes this country as the “land of the free.” Ironically, the songwriter Francis Scott Key was a slaveholder who favored returning African slaves to Africa. Moreover, his phrase “the home of the brave” could be an unwitting slap at the Native Americans who lost their home to the “courageous” Europeans who massacred them. Inconsistencies abound when discussing freedom because one person’s “freedom” can often impinge on another’s.

A mishandling of the word freedom, using it to mean license, liberty, or even anarchy, has made it as worn as a poker chip, as American novelist Walker Percy once said. When words become thus worn, “they don’t mean anything.” You can use them to mean anything you want. Percy worries that “one hears such expressions as ‘freedom and sacredness of the individual’ . . . but they have subtly changed their referents.” The freedom of the dictator negates the freedom of his people, just as the freedom of the colonizers infringed on the freedom of the natives.

About thirty years before Percy latched on to this conundrum, another writer, British novelist George Orwell, made a similar claim: “The words democracy, socialism, freedom, patriotic, realistic, justice have each of them several different meanings which cannot be reconciled with one another.” Thus, politicians can rouse a crowd by using the word freedom in any number of ways. One might insist on the freedom of gun owners to carry weapons in school, while another politician counters that students need the freedom to learn without increased threats to their safety. Freedom for self-preservation or freedom from violence? As Orwell, says, the meanings “cannot be reconciled with one another,” and the interlocutors talk past one another.

If, however, we distinguish between one interpretation of freedom—liberty—and another—license—we are able to use the word with accuracy. In John Milton’s Paradise Lost, a poem that illustrates the human fall from reasonable and just into slavish and unjust creatures, the angel Michael explains to the postlapsarian Adam that he has lost “true liberty” because it was “twinned” with “right reason.” Liberty, in this rendering, is freedom to act according to reason. For those of us predisposed to think of freedom as “doing whatever we want,” we may be surprised to hear the traditional definition of freedom. Writers such as Milton—and before him Dante, Boethius, and others—considered an autonomous individual let loose to pursue her desires freely to be a soul enslaved. The “freedom” to consume, to surrender to your appetites, or to pursue your goals at the expense of others, in the traditional understanding, would be called “license.” On the heels of Milton, political philosopher John Locke considered such license detrimental to society. Only liberty was an appropriate freedom within a society.

Americans, for the most part, lack this conception of freedom. In a review of Patrick Deneen’s Why Liberalism Failed, Jonathan Leeman sums up the problem: “In short, liberalism aspires to free us as individuals from all the traditions, values, judgments, and relationships that burden us, but we’re left feeling lonely, empty, and unfree.” Unable to distinguish between liberty and license, we throw off our past, overcome our inhibitions, and think we are freeing ourselves. As citizens, we expect the government to provide for these appetitive freedoms. As a society, we preach the freedom to follow your individual dream, whether or not it leaves a broken family in its wake. And then we are confused when others’ freedoms conflict with our own.

By muddying the meaning of freedom, we have lost our ability to use both the word and the gift correctly. Percy wonders, “How did it happen that a proud and decent people, a Protestant and Anglo-Saxon people with a noble tradition of freedom behind them, should have in the end become so deluded that it is difficult even to discuss the issues with them, because the common words of the language no longer carry the same meanings?” Without knowing what our words mean, we speak at one another and are unable to listen.

Thankfully, some words have not lost their meaning, words so seldom used in public discourse that we still recognize them and grasp their import: sacrifice, humility, mercy. It may be only a matter of time before our sloppy, ill-informed usage corrupts these words as well. But for now it would do us some good not only to speak these words more often but also to enact them.

Read “Has “Freedom” Lost its Ring?” by Jessica Hooten Wilson on the Intercollegiate Studies Institute here.