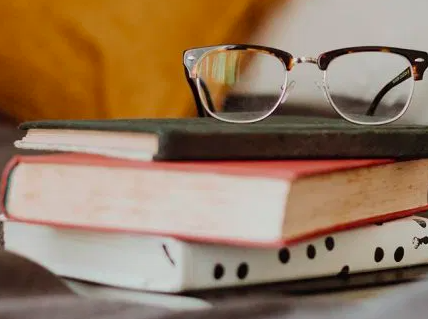 “I choose novels that let me turn my brain off,” a student confessed to me. My immediate response was to chastise her, “You did not receive a brain so that it could be turned off.” However, that evening I found myself streaming an old sitcom episode while washing dishes instead of listening to the dozen Audible choices on my phone. Have we all succumbed to this way of being where we choose the easiest form of entertainment instead of the more challenging but fulfilling option of engaging literature?

When I was an undergraduate, Internet was only available via an Ethernet cable in the wall; downloading movies was not a thing. We still watched VHS. The obvious pastime was reading novels. I would shuffle up to my top bunk in my dorm with a book in hand and stay up all night reading for fun. I usually chose whatever books were being assigned in someone else’s class. I scoured the university bookstore and made lists from classes that I wasn’t taking. Jack London used to do this as well, so I’m in good company. If a professor ever cited a novel in class, I wrote it down. If an upper-level student made a suggestion, I bought that book from the local half-priced store. My nightstand was a stockpile of novels, and not a single one of them turned off my brain. They all lit me from within, made me think over weighty and deep issues, and usually introduced me to mysteries beyond my immediate experience. Best of all, I found these novels entertaining. It was a real struggle to decide between staying in and reading or saying yes to my friends and going out at night.

So what were these books that tempted me to lose sleep and miss parties? Most of them could be called “philosophical” or “metaphysical” novels, though I would not have known them as such at the time.

I’m not talking about novels in which authors set out to create their own philosophies. These books may need to be read and grappled with (because sometimes pain is the best instructor), but I won’t recommend them. For instance, Ayn Rand’s The Fountainhead epitomizes such a novel, which downplays charity as always self-serving and exalts the Emersonian self-sufficient individual. I fell quickly in love with this book as a fifteen-year-old girl, but all it took was a healthy dose of G.K. Chesterton to cure me of the Rand syndrome.

What I mean by philosophical novels are ones that ask the big, ultimate questions: Who am I? What is truth? Is there a God? What is wrong with the world? Out of the hundreds of titles that I could choose from, here are three must-reads:

First, Albert Camus’s The Stranger. From French Algeria to the American coasts, young men carried this novel folded in their back pockets, relying on it the way their elders had relied on the Bible. The novel is existentialist in the tradition of Dostoevsky’s Notes from Underground and influenced Walker Percy’s later National Book Award–winning novel The Moviegoer (so after you read The Stranger, pick up Dostoevsky’s and Percy’s books next!).

Written in a concise and pointed style, The Stranger recounts Monsieur Meursault’s travails following the death of his mother, which occurs in the first line of the book, “Mother died today. Or yesterday maybe, I don’t know.” The antiheroic, first-person narrator strikes readers as unfeeling, his main crime, according to the society that judges him in the story. Yet he does feel, only his feelings are based on empirical reality: heat bothers him; he is motivated by cigarettes; he enjoys sex and dislikes pain. Abstract realities such as familial bonds, love, and professional calling mean nothing to him. Midway through the narrative, Meursault murders an Arab on a beach (inspiring The Cure’s first hit, “Killing an Arab,” in 1978) because the sun was in his eyes. As Meursault’s execution looms before him, readers question who is at fault—Meursault or the society that purges outsiders, or strangers, from among them.

In a completely different vein, C.S. Lewis’s That Hideous Strength is a metaphysical novel in which the action occurs on two planes—here on earth and in the heavenly realms. The book is the finale to a sci-fi trilogy beginning with Out of the Silent Planet and Perelandra but it can stand alone and often enters into conversation with other English dystopias that warned against the political ills of communism or fascism or sheer anarchy—think Animal Farm, Brave New World, Oryx and Crake, A Clockwork Orange, and The Children of Men.

More panoramic in scale than The Stranger, Lewis’s novel features warring ideologies. On one side is the grotesque severed head of a criminal as the ideal of progressives who want to make the human being into little more than a mind. The alternative is a community of love, sacrifice, and goodness. Lewis presents the dangers of the “inner ring” and our temptation to lose ourselves for the sake of personal ambition. Against what one character calls “goodness in the abstract,” which produces “the fatal idea of something standardized—some common kind of life to which all nations ought to progress,” That Hideous Strength uplifts the virtue of particular persons enacting grace toward one another. Also, you may look forward to an unsettling cameo by the wizard Merlin.

Thankfully, no one has tried to make either The Stranger or That Hideous Strength into a film. It is a tell of a philosophical novel that it will fail on screen, for the strength of the book lies in its ideas, the dialogue, and the inner workings of characters’ minds. When reduced to plot, philosophical novels lack luster, which is what happened to my third suggested text, The River Why, in 2010. The book has had a cult following for more than thirty years and is a bildungsroman like The Alchemist and Life of Pi, where many worldviews are engaged. Its protagonist, Augustine “Gus the Fish” Orviston, dedicates his life to fishing and so moves out to a cabin by the river, as Thoreau does in Walden. Fishing becomes a metaphor for life in the novel, as Gus tries to determine how to live. He is a newly minted high school graduate with a dedication to a hobby that seems obsessive and obscures his nature as a human being, even from himself.

Through education by a neighbor named Titus, Gus learns how to fish “for happiness, for consolation, for a way of comprehending the death of an Abe, the why in the Tamanawis, the beauty of an Eddy.” Ultimately, Gus discovers not only how to live but why.

Literary people talk a lot about the power of books to increase readers’ empathy, about the need to engage another’s way of thinking about the world to question preconceptions. Even more so in 2018. In a culture in which algorithms control the content we consume—what movies to watch, what goods to buy, what news to listen to—the choice to read a book whose philosophy opposes our own and questions our sacred assumptions is nothing short of revolutionary.