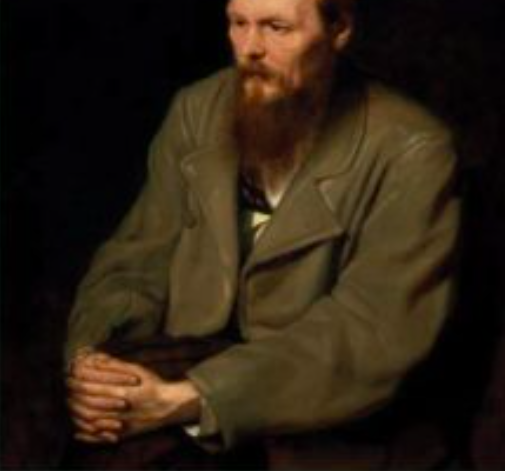 Prophets for Our Age of Suicide

To read or not to read literary criticism, that is the question for the twenty-first century reader who prefers to process 42 characters instead of 42 minutes of reading a substantial argument. I draw the either-or dilemma from Hamlet’s famous speech on suicide, whether or not to “shuffle off the mortal coil,” for it is suicide that dominates John Desmond’s recent work of literary criticism, Walker Percy, Fyodor Dostoevsky and the Age of Suicide. Desmond considers these two writers as prophets and draws us towards their prophecy regarding the “cultural ethos of suicide.”

Every age needs prophets—whether or not they heed their cautions—because prophets stand out of and often against the current. They can reveal to those caught in its tide that we ought to chart another direction towards a more fitting destination. For Dostoevsky and Percy, their audience required them to create extreme characters and situations to see the unfortunate end we were all heading towards. An example: Love in the Ruins is set a dozen years in the future from when Percy published it, set in 1983 in an apocalyptic USA, vines are sprouting everywhere and taking hold, violence is an acceptable form of arguing oppositional ideologies, love equals orgies and multiple sexual partners, and demonic forces sell technology and scientific advances to eager consumers. Percy borrowed the idea from Dostoevsky’s The Demons. Although both novels appear panoramic in scale, the problems arise from persons who, like Dostoevsky’s title suggests, act devilishly, and the evil is contagious. Both novels depict worlds where no one believes in God any longer. Dostoevsky predicted, if God does not exist, all things are permitted. Going a step further, Percy argues that this explains “the rise of all these ideologies.” Anyone want to live in these fictional brave new worlds?

Cultural diagnoses like these are easy and go rather unheeded if an author only foretells gloom and doom. The prophets of genius must also elucidate the cause and offer an alternative vision. Novelists like Dostoevsky and Percy strive to prevent World War III not by lamenting the destruction, but by depicting narratively how a person’s erroneous perception of herself may lead to nuclear holocaust.

Desmond relies on four writers who he calls “intellectual touchstones” to explain Dostoevsky’s and Percy’s thought: Soren Kierkegaard, Charles Peirce, Rene Girard, and Charles Taylor. All of these writers define the “self” in opposition to the vision offered by the modern world, of the self as fragmented and bifurcated. Kierkegaard places the self in “subjective relation to God,” in Desmond’s words, and Percy adds the qualification that such a self is “basically social.” One cannot be a mere individual but must be known as a person among persons. Desmond relies on Girard to unpack this anthropological perspective: “Individuals and cultures develop by imitating others’ desires; for, Girard, it is the founding principle of human culture.” In other words, we parrot from birth, learning what to want, and thus how to live. Girard discovered the mimetic principle by studying Dostoevsky’s fiction, and it explains why Percy’s protagonists, as outsiders, suffer isolation and alienation.

We are necessarily relational beings and need to exist in relationships. For Percy, language becomes the primary relational connection, an idea he draws from his reading of Pierce. Although these writers did not influence Dostoevsky’s fiction, these connections “establish a link between anthropological, philosophical and theological underpinnings of Percy’s writings and, retrospectively,” in Desmond’s argument, “to Dostoevsky’s major novels as well.” Finally, Taylor’s work illuminates why Dostoevsky’s and Percy’s thought strikes against modernist assumptions. According to Taylor, we have gradually shifted from “belief in a God-centered universe to belief in a modern social and moral order characterized by competing ideologies.” In place of divine authority, humans have exalted individual autonomous and subjective selves.

The misconceptions of the modern self, as portrayed in Dostoevsky’s and Percy’s fiction, are, according to Desmond, as follows: scientism (the belief that science cures all ills and answers even metaphysical questions), self-consciousness (the fallacious turn inward to autonomous individual authority), sexuality (need I explain?), and suicide (the predicament caused by “spiritual deprivation: lack of faith in God and in the immortality of the soul,” Desmond writes).

Consider Dostoevsky’s Notes from the Underground. Desmond underscores that “[n]o other work by Dostoevsky dramatizes the self-conscious self’s struggles with the implications of the new ideologies as presciently and concisely as does the Notes.” In the novel, the protagonist, or antihero, as he calls himself, vacillates between being a product of the Romantics and that of the Enlightenment. Is he a hero fashioned after Lermontov’s Hero of Our Time? Or, is he an insect, whose brutish existence is meant only to fit into the right program and fulfill his duty within the anthill? Might his decisions be explained as stirred by his passions or calibrated by his reason? Where in these systems lies his will? Where, in the Romantic or Enlightenment definition of the human being, is there room for his soul? Because the narrator speaks in first person, the reader experiences the opening lines of the novel—“I am a sick man. I am a wicked man”—as personal confession. The reader involuntary confiscates the “I,” identifying with the speaker to the extent that his thoughts become her own.

Such a work reads as uncomfortably for twenty-first century audiences as it did for Dostoevsky’s or Percy’s contemporaries. Percy loved the novel so much that he read it over and over again, taught it as part of a modern fiction seminar, and copied it when he created Binx Bolling of The Moviegoer and Lance Lamar of Lancelot. The quandary of the underground man between the self that is and the one that ought to be, or what Desmond calls “the old self and the new self” is essentially the “human choice,” Desmond writes. In both Dostoevsky’s and Percy’s fiction, it is the choice “between suicidal death on the one hand and spiritual life on the other.” If there is no God, why live? As Albert Camus says, “There is only one really serious philosophical problem and that is suicide. Deciding whether or not life is worth living is to answer the fundamental question in philosophy.”

The question was personal for Percy—his father and grandfather (and possibly his mother) all committed suicide. So, Percy decided to spend the rest of his life “making sure it [suicide] didn’t happen to him.” His answer was the gift of faith that he received while suffering between life and death in a sanatorium after contracting tuberculosis. The event changed the course of his life. From that ordeal onward, Percy became a Catholic, got married, settled back in the South, and wrote novels. He wrote stories that centered on suicidal characters searching for meaning, suffering trials, and then becoming semi-decent humans, usually Catholics, who marry, settle down in Louisiana, and invest in their community.

Dostoevsky faced the question of life or death when Russian soldiers blindfolded him, pointed rifles at his chest, and told him he was to be executed for treason, but at the last minute, his sentence was converted to seven years in Siberia. From that near-execution onward, Dostoevsky returned to his Russian Orthodox faith and wrote novels with a crucified imagination. He confessed his faith had undergone a “crucible of doubt,” and his later novels all focus on suffering, suicide, sexual misconduct, violence, and the evil capability and culpability of human beings; yet each novel ends with hope in a resurrected God. Ultimately, Dostoevsky chooses, despite temptations to despair, life over suicide.

Supposedly, Notes from the Underground was censored; removed were all of Dostoevsky’s proposals to find hope in Christian faith as a third way distinct from the Romantic and Enlightenment options. The book closes with the underground man stewing in his hovel. However, Dostoevsky’s final vision of the self-reconciled with society occurs in The Brothers Karamazov, his most life-affirming novel. While one character commits suicide (a Judas figure whose death is just), the rest begin on paths of redemption. Desmond highlights that these endings become the source of Percy’s hopeful visions. Both Dostoevsky and Percy conclude their stories with depictions of transformed selves, with those “informed by a ‘new’ Christ-like consciousness [that] demands at the same time a change in our relations with others—commitment to an ethic of action rooted in faith, caritas, mercy, and the care of others.” In this way, a character—and hopefully the reader—becomes like “one of Percy’s ‘ex-suicides,’ a survivor and wayfarer living in love, charity, and hope with other wayfarers through the dark times.” This is not just about the stories, however: Desmond suggests that both writers were saved from suicide not by will but by grace.

In an epoch inundated with cultural critiques, self-help books, psychological studies on the causes of suicide, why read literary criticism to answer this age-old philosophical question? As in all good literary criticism, the scholar decreases so that the prophets may increase. Desmond’s book is worth reading not because he is a preeminent professor, which he is, and not because he creates a masterful framework, which he does, but the book is worth reading because it magnifies the voices of Fyodor Dostoevsky and Walker Percy. We need to listen again to their prophecy, for it may save our life.

Read “Prophets for Our Age of Suicide” by Jessica Hooten Wilson on the Law & Liberty here.