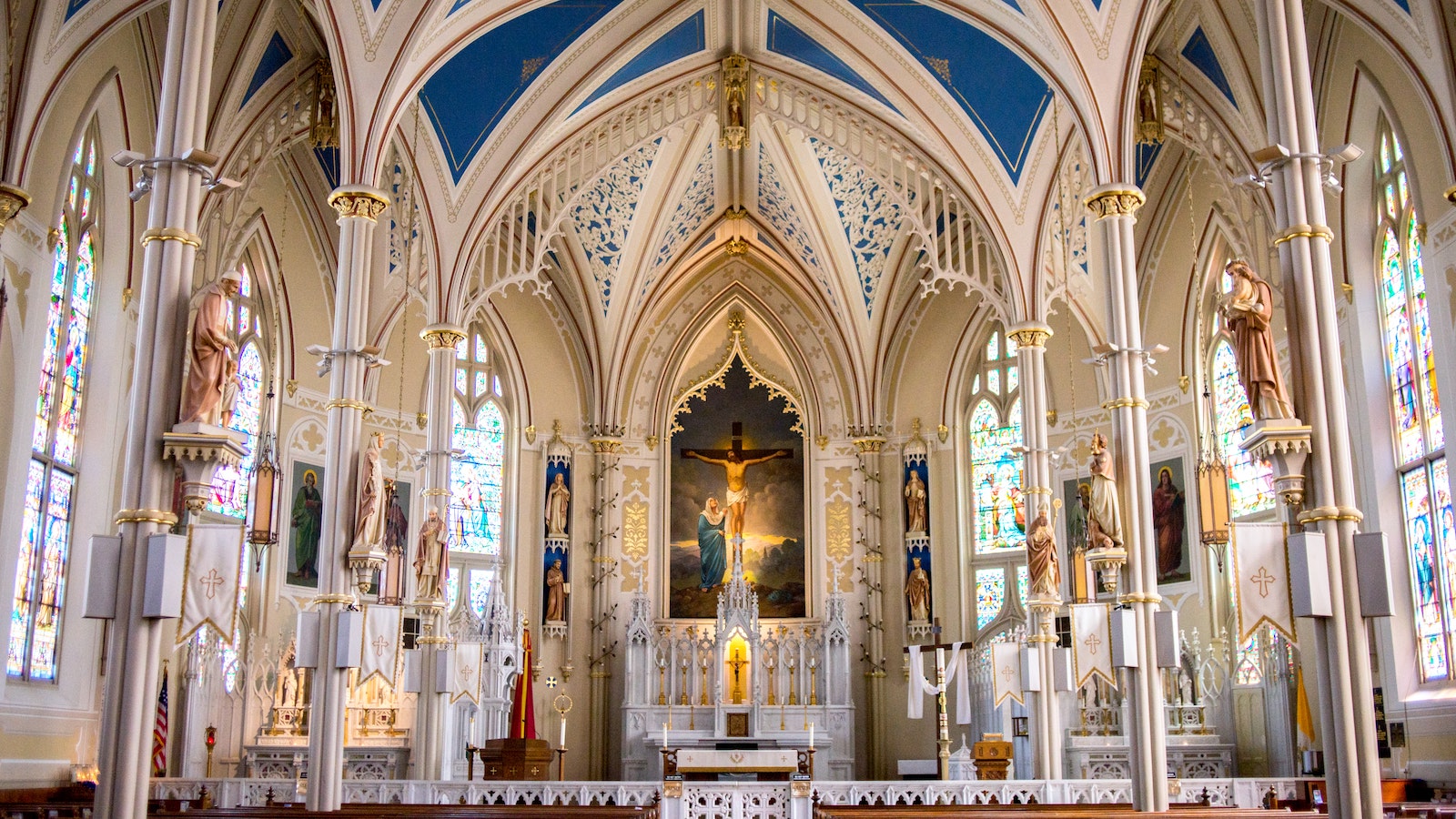 In September 2019 Loyola University in Chicago hosted the third biennial Catholic Imagination Conference, attended by hundreds of writers, readers, teachers, publishers, and aficionados of Catholic literature. Headliners include National Book Award winners, bestselling memoirists, award-winning playwrights and filmmakers, and beloved poets: Alice McDermott, Tobias Wolff, Paul Schrader, Richard Rodriquez, and Kristin Valdez Quade, to name merely a few. Less than a decade ago, Catholic intellectuals were expressing concerns about the void in public discourse regarding the contributions of Catholics to contemporary American literature. But then, a call went out, and the faithful literati responded with gusto, as the recent conference gives evidence. While many people think of American religion as synonymous with “evangelical” (or in the case of Harold Bloom and Ross Douthat, as synonymous with “Gnosticism”), and usually regard our belles lettres as secular, Catholics have, at least within the previous century, been prime players on the literary stage. Culture editor at Image Journal Nick Ripatrazone takes readers behind the scenes into the lives and works of great American fiction writers, who were either practicing or cultural Catholics. In Longing for an Absent God: Faith and Doubt in Great American Fiction, Ripatrazone shows readers why this discussion matters as he unpacks the vocabulary of faith, doubt, and “Catholic” that will benefit us in our returned engagement with Catholic writers.

For those who read contemporary literary fiction, many of the writers that Ripatrazone explores will be familiar. They are booming voices in the halls of American fiction: Don DeLillo, Thomas Pynchon, Toni Morrison, Cormac McCarthy, Louise Erdrich. Yet, I wonder how many readers thought of these authors as Catholic, and even after Ripatrazone unveils their religious heritage, how many readers care. But to place this particular lens on these authors magnifies their absorption with transcendent concerns. What once may have been viewed as social or cultural commentary embodied in these novels now becomes fodder for life’s biggest questions: who are we? is there a God? what is the meaning of it all? These questions of the Catholic faith are universally pressing, and every human being experiences the wavering between faith and doubt regarding his or her answers. In his investigation of these writers, Ripatrazone alights upon a human phenomenon. His title is purposefully scandalous: Longing for an Absent God. We immediately wonder how God might be absent, how the God who names Himself “I AM WHO I AM,” the God who is being itself, be away from anything? The answer is perception, and Nick Ripatrazone walks through a dozen Catholic intellectuals over the last century to see who perceived God as absent and how that affected their work. Whether writers, specifically American Catholic writers, devoted themselves to God or doubted His existence, Ripatrazone underscores how they all share a similar longing. This desire for God goes back to one of the earliest Catholic writers, St. Augustine: “[T]o praise you is the desire of a human being, who… longs to extol you.” Augustine finds evidence for God in our longing for Him, our desire to extol and praise Him. But Augustine is so fourth-century Africa—much gets lost between this devoted writer and twenty-first century Americans. Longing for an Absent God seeks to unveil “what has happened to God and fiction in the past ninety years,” how Catholic practice and cultural representation has become fragmented.

Ripatrazone defines Catholic fiction in a way that sounds reminiscent of Andrew Greeley’s The Catholic Imagination, and he draws its premier example in Flannery O’Connor, whom Ripatrazone calls “a template for the writer of faith.” O’Connor biographer Paul Elie quips that she is more of “our oppressor, whose genius makes clear what we lack.” In the same way that Faulkner’s boat often sank the Southern writers who followed in his wake, O’Connor threatens to loom so large that she blocks those who try to crawl out of her shadow. Ripatrazone compliments Walker Percy who “can be separated from her shadow [which] speaks to the power of his own vision.” Ripatrazone tackles the problem of contemporary Catholic writers who inherit a legacy from O’Connor. On one side are those who embrace her influence, such as Angela Alaimo O’Donnell, who tries to capture O’Connor’s spirit in her new collection of poems Andalusian Hours. On the other hand, some writers worry that O’Connor receives undue attention and hinders divergent, innovative voices in Catholic fiction. Ripatrazone spends much of his book claiming the Catholic artists of the past for both camps—those who envision themselves within a tradition of Greene, Percy, and O’Connor, as well as those who long to hear that DeLillo, Pynchon, and Morrison may also be their models. O’Connor is only one example of a misunderstanding from new writers about the past they inherit.

For Ripatrazone, the God who many of these writers claim is absent may be more present than they are able to perceive.

Reading this book is like having a conversation with Ripatrazone on a rooftop bar with cigars and Scotch. You can imagine how he would gesture emphatically with his hands as he debates the fleshliness of Graham Greene’s work—his crucifix, his depictions of suffering in The Power and the Glory versus the more cerebral existentialist work of Walker Percy and Andre Dubus, where Ripatrazone suggests “their God is absent.” As he reads Don DeLillo, he finds a snarky post-Catholic whose “Catholic youth permeates his work” but in unidentifiable ways; for DeLillo,  “God is a source of frustration, fascination, and abject longing.” If you have not read these writers, you may want to skip around to pay more attention to those authors with whom you’re more familiar. Ripatrazone titles each of his chapters by author, yet he’s telling a whole story that moves chronologically and horizontally between contemporaries, charting the back and forth from devout faith to uncertain doubt.

For Ripatrazone, the God who many of these writers claim is absent may be more present than they are able to perceive. In his discussion of Thomas Pynchon and Walter Ong, Ripatrazone writes, “We are overwhelmed with noise,” which may prevent us from hearing a God who speaks through silence. If we lack the necessary “temporal bandwidth,” in Pynchon’s words, how can we comprehend God’s old signs in the “newly organized sensorium,” as Ong describes it? Ripatrazone explains, “Our search for God in a newly digital world must be undertaken with new methods. God’s absence, then, might be more a question of our inability to discern his presence.” Great writers teach us how to retrain our senses, to remind us of past figures and their meaning, and Ripatrazone impresses upon his readers the necessity of reading these authors that we may better discern our “absent God.”

Ripatrazone breaks down poorly formed categories around the definition of a “Catholic” writer, so that we can ask questions about the universal nature of “faith” and “doubt” in these authors. Most people do not realize, for instance, that Toni Morrison, “one of the finest, most heralded American writers” was a Catholic. This gap in our knowledge of her work, Ripatrazone argues, “demonstrates why the status of lapsed Catholic writers is so essential to understanding American fiction. A faith charged with sensory detail, performance, and story, Catholicism seeps into these writers’ lives—making it impossible to gauge their moral senses without appreciating how they refract their Catholic pasts.” To read Morrison apart from her Catholic imagination, readers miss the universal truth of her fiction. She could become relegated to a cultural moment, her works reduced to stories only about the historical issue of slavery or civil rights as a past concern. Yet, Morrison identifies with Christ’s sufferings on the cross through her knowledge of black lynchings. As a Catholic novelist, Morrison reads the transcending love of the New Testament as “pertinent to black literature—the lamb, the victim, the vulnerable one who does die but nevertheless lives.” While Morrison’s novels can be read for what they teach us about beauty, suffering, racism, and injustice, these themes should be woven into the Catholic conversation that begins at Golgotha.

Despite its high-brow subject matter, Longing for an Absent God is far from pedantic or didactic; the author holds before him always the desire to uplift these literary witnesses and the potency of their stories. Faith and doubt are part of the human experience, whether Catholic, Protestant, or atheist. These Catholic authors never seek to solve the tension between the two but show doubt as an element of faith. As the great Protestant novelist Frederick Buechner writes, “Faith is better understood as a verb than as a noun, as a process than as a possession. It is on-again-off-again rather than once-and-for-all.” For the writers that Ripatrazone discusses, faith is a pilgrimage, not a place. They are Catholic writers not because they arrived, but because they are on their way.  And that is an identity we can all share.