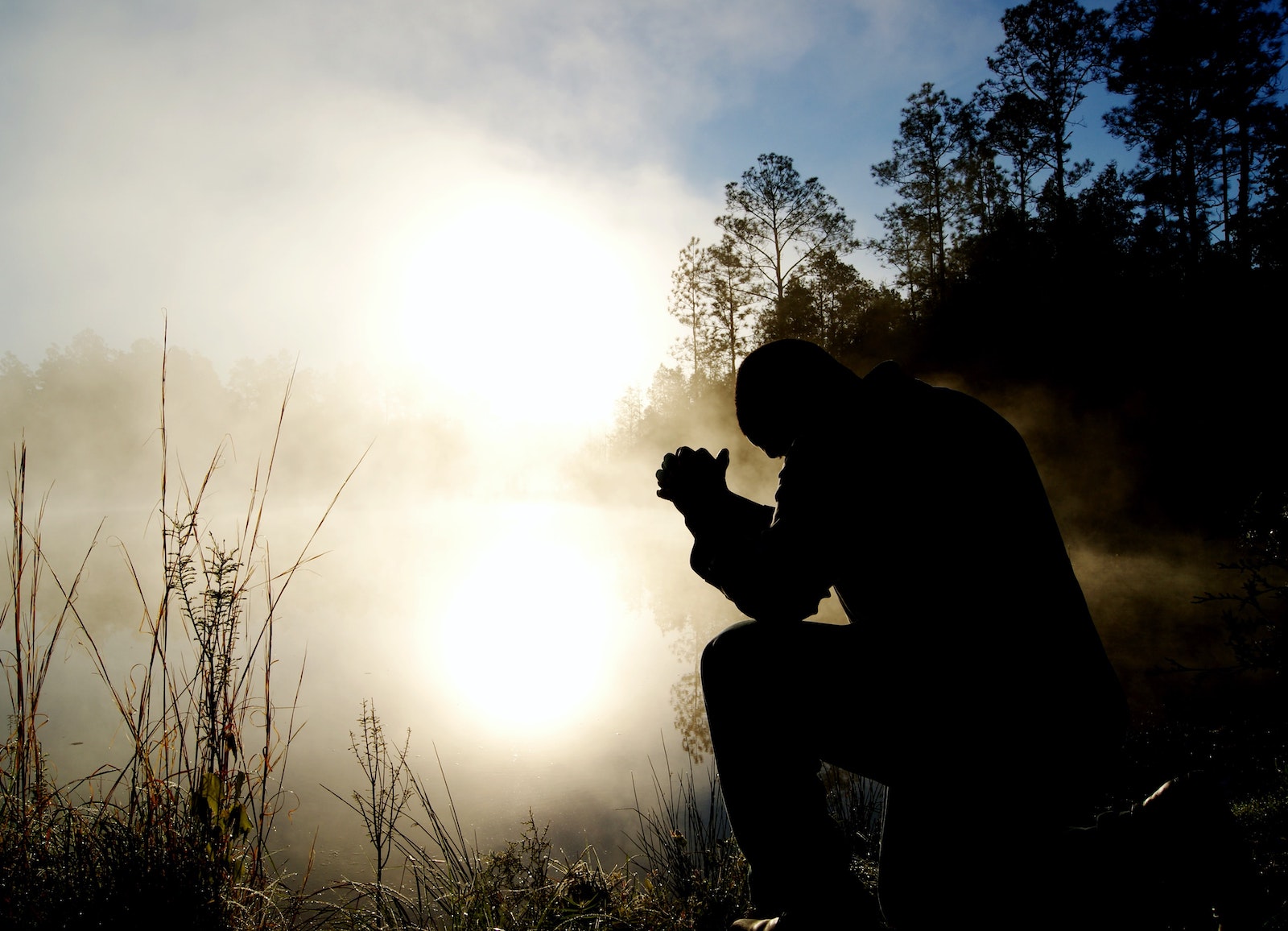 It is hard to want to suffer; I presume Grace is necessary for the want,” Flannery O’Connor wrote these lines in her prayer journal in 1946 while she was a graduate student at the University of Iowa. O’Connor drafted another prayer in her youth, in which she begs God, “I am afraid of pain and I suppose that is what we have to have to get grace. Give me the courage to stand the pain to get the grace, Oh Lord.” Presumably, O’Connor is not praying for the power to withstand cauldrons of boiling pitch or arenas of lions. Rather, she indicates an undefined pain that acts as the conduit for grace.

O’Connor’s prayers sound nothing like the way I pray. This young girl would become one of America’s most gifted writers—some have argued the only great Christian writer that America has ever produced. So, what do we do with the troubling assertion of these prayers?

The friends of God, real and fictional, suffer.

A few years after O’Connor drafts these prayers, the dreadful disease that would ultimately kill her began to show its symptoms. She was diagnosed with lupus at twenty-five and suffered for fourteen years, during the whole of her writing career.

O’Connor disapproved of any attempt to connect her disease with her writing life. When one interviewer asked whether her lupus affected her fiction, she quipped—“No, since for my writing I use my head and not my feet.” However, the suffering in her own life does appear to affect her stories.

In letters, O’Connor admits that she doles out suffering on the majority of her characters, especially her beloved ones. “It has always seemed necessary to me to throw the weight of circumstances against the character I favor. The friends of God suffer, etc.,” she writes (The Habit of Being [HB] 120–121).

Not only does O’Connor assume the axiomatic truth that God’s friends suffer, but also she herself, when imitating God in her fiction, places the heaviest suffering upon her favorites. The way to sainthood, in O’Connor’s world, is more than narrow; it is harrowing and painful.

If you ask a reader of O’Connor about her stories, they will remember freaks, sinners, and violence. Yet, there are saints. The difficulty in recognizing them comes from our own skewed vision. Christian readers especially are guilty of succumbing to a picture of the Christian life that is all rainbows above Noah’s Ark, Christ high-fiving people out of the grave, and gleeful Christians donning “Light of the World” t-shirts. O’Connor knew this: “What people don’t realize is how much religion costs. They think faith is a big electric blanket when of course it is the cross” (HB 354).

The holiness in O’Connor’s narrative will be hard to see or hard to hear because of how closely it resembles the gospels. The saints in her stories will look foolish, dirty, small; they will use words like “burn” and “pierce”; they may even yell or seem violent in their actions. They understand the call to sainthood as one of cost and suffering.

First, in O’Connor’s stories, suffering is purgatorial. It functions as a way to remove sins, to burn off dross and taint, and get the self out of the way. This is not a fire of hell, but a divine fire that cleanses one and makes her holy.

In O’Connor’s second novel The Violent Bear It Away, a young girl named Lucette is the daughter of missionaries who preaches to a congregation about “The Word of God” that burns one clean. She tells the story of how God sent his Word Jesus to be king for the world, yet the world did not recognize him. When Jesus was born, he “came on cold straw . . . warmed by the breath of an ox,” and the world asked, “Who is this? Who is this blue-cold child and this woman [Mary] plain as the winter?” (Collected Works [CW] 413). The world could not see how the Word of God could be as cold as wind or his mother plain as winter. “Where are the green seasons of God’s will? Where is the spring and summer of God’s will?” (413). Where, the world may ask, is the electric blanket? Rejecting this Word of God, the world “nailed Him to a cross and run a spear through His side” (413).

But, Lucette reminds her listeners, he will come again. “Will you know the Lord Jesus then?” she asks (414). “Are you deaf to the Lord’s Word? The Word of God is a burning Word to burn you clean, burns man and child. . . . Be saved by the Lord’s fire or perish in your own!” she shouts (415).

And, there it is—the ultimate choice always offered in O’Connor’s fiction: will you suffer beneath the Lord’s flames that he might remove from you all your unholiness or will you destroy yourself by rejecting his Word, his will, his suffering?

Suffering As the Way of Jesus: Persecution and Asceticism

The primary plot of The Violent Bear It Away regards the choice between following Jesus or following the self; its protagonist is a fourteen-year-old boy named Francis Marion Tarwater. His great-uncle Mason has raised him to be a prophet, but Mason dies at the start of the story. Thus, Francis sees himself as free to choose whether to follow the plans God laid out for him or to make his own way in the world.

The title “The violent bear it away” is drawn from Matthew 11:12, a passage O’Connor had marked in her Douay-Rheims Bible, in which Jesus proclaims, “The kingdom of God suffereth violence, and the violent bear it away.” The scripture indicates two connected forms of suffering to be endured by those who follow Jesus and submit to the kingdom of heaven: one is persecution and the other is asceticism. Neither of which sound appealing to the teenage Tarwater.

By the end of the narrative, Tarwater receives this call. He feels hungry, but “no longer as a pain but as a tide,” the narrative says—it is a hunger for the bread of life (CW 478). “He felt it rising in himself through time and darkness, rising through the centuries, and he knew that it rose in a line of men whose lives were chosen to sustain it, who would wander in the world, strangers from that violent country where the silence is never broken except to shout the truth” (478).

Here, Tarwater understands himself as “chosen” to suffer violence; he is a part of the “violent country,” the kingdom of heaven, and must “wander” like Elijah and Paul and Francis, for whom he has been named. Tarwater also lists out Daniel and Moses as his predecessors, as well as Abel, implying that his call may be martyrdom. He has been burned by the Word of God and is ready to suffer self-denial as well as potential persecution.

In America, most of us consider ourselves free from persecution because we do not fear the removal of our property or public stoning in the city. Yet, as one early church father, St. Jerome, wrote to a young Christian, “What a terrible mistake, my brother, if you imagine there is ever a time when the Christian does not suffer persecution. One is attacked most powerfully when he fails to realize he is being attacked at all.”

Jerome references the unseen attacks, the invisible suffering of our souls being drawn away from God’s image without realizing it. He suggests that the world is assaulting us most when we are being conformed to it and physically free from its external attacks. To me, this is a most fearful state, if it is true. It is the lukewarm and mediocre place that O’Connor prayed against, and for which she believed suffering was an antidote.

In many of O’Connor’s stories, her most hard-hearted characters receive a revelation, often regarding their worldly conformity and sinfulness, via suffering. There is the grandmother who is held at gunpoint, realizes her lack of genuine faith and repents, only to be shot; Mrs. Turpin who is knocked in the face by a Human Developmenttextbook, strangled, and called a warthog from hell only to receive a vision of Paradise; or Mrs. McIntyre whose selfishness makes her complicit in the death of the displaced person and whose guilt and loss leads her to receive teachings on the church from the local priest. I could go on and on. This was O’Connor’s formula: violence brings a moment of grace.

Then there’s a character whose vocation is one of daily suffering. Mrs. Greenleaf, the title character of a story that primarily revolves around Mrs. May, is a follower of Jesus. She appears strange in the eyes of Mrs. May, who is “a good Christian woman with a large respect for religion, though she did not, of course, believe any of it was true” (CW 506). While ordering around her field hand Mr. Greenleaf, Mrs. May is stopped short by a “gutteral agonized voice groan[ing], ‘Jesus! Jesus!’” (506). Fearing that someone has been hurt, she rushes toward the sound only to find “Mrs. Greenleaf sprawled on her hands and knees off the side of the road, her head down” (506). When Mrs. May shrilly demands to know what is going on, Mrs. Greenleaf raises her head, her face “a patchwork of dirt and tears” and her small eyes “red-rimmed and swollen” with an expression “as composed as a bulldog’s” (506). Rather than answer her, Mrs. Greenleaf continues, “Oh Jesus stab me in the heart” (506). She shrieks and falls to the ground with “her legs and arms spread out as if she were trying to wrap them around the earth” (507).

Mrs. Greenleaf deems this daily practice “prayer healing” (505). “Every day she cut all the morbid stories out of the newspaper—the accounts of women who had been raped and criminals who had escaped and children who had been burned and of train wrecks and plane crashes and the divorces of movie stars. She [takes] these to the woods and [digs] a hole and burie[s] them and then [falls] on the ground over them” and prays (505). When my students read this, they express as much disgust as Mrs. May. “Jesus . . . would be ashamed of you,” Mrs. May responds, “He would tell you to get up from there this instant and go wash your children’s clothes!” (507).

Yet, perhaps Mrs. Greenleaf’s response accords better with reality—with the unseen reality. People may express sorrow publicly for all to see on social media without taking it on themselves in prayer in a closet before the One who can actually heal the hurt and remove the tears. “You will have found Christ,” O’Connor writes a friend, “when you are concerned with other people’s sufferings and not your own” (HB 453).

When O’Connor prayed for suffering at twenty, she could not have imagined her battle with lupus. As the disease debilitated her, she confessed two truths: “I’m sick of being sick” (HB 581) and “I can with one eye squinted take it all as blessing” (HB 57). Her honest frustration with sickness reveals her human limits to seeing suffering; yet there was another vision granted her. Through her other eye, she saw the potential blessing of her sickness. Sickness, she writes, “is more instructive than a long trip to Europe . . . [it is] one of God’s mercies” (HB 163).

If suffering is a grace, then perhaps it is to be prayed for. If it cleanses us of impurity, opens us up to a vocation of sainthood, and lessens the burden of others, then O’Connor’s prayer makes more sense. “It is hard to want to suffer,” but, if O’Connor’s vision is true, then may the Lord grant us all the grace and courage we need to ask for it.