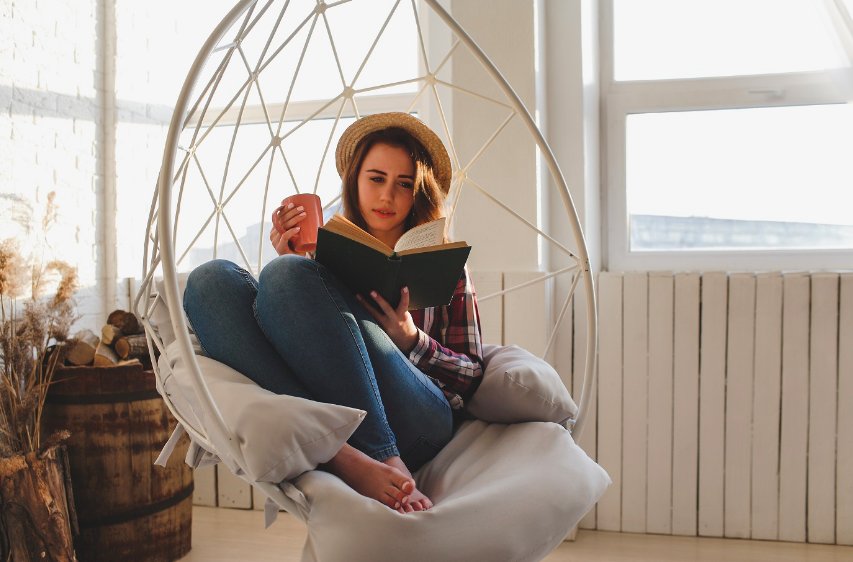 The Liberating Power of the Liberal Arts

By Jessica Hooten WilsonApril 13, 2021No Comments

An education in the liberal arts is one that teaches students to love what is true, good, and beautiful. It frees the soul and makes those who have received it want to pass that freedom on to others.

The liberal arts free the soul not only from oppression and dominating power structures, but for the good life. Once you are a free soul, you are compelled to liberate others. You desire to pass on this freedom that you have received. What does this look like in education? Socrates defined education as teaching someone to love what is beautiful—not what is useful, practical, or necessary for profiting the most over the course of a life, but what is beautiful.

As a way of structuring my argument that education should be a training to love what is beautiful, let me walk through the relationship between the liberal arts and Truth, Goodness, and Beauty.

Listening to the Whole Truth, Not Just Our Own Perspective

Truth is one of those abstracts that is under assault in our current culture. People believe that they all have their own truth, or that there is no truth. You have the famous metaphor of the elephant in which all are holding a different part of it and think they can define an elephant by its tail, or trunk, or side. I believe in Christian revelation, so the whole elephant has been revealed to me, but sometimes I have the habit of just swinging on the tail and thinking that’s the whole elephant. But I want to attain the vision of the whole.

C. S. Lewis says that reading great literature gathers together various perspectives, so that we can see the tail, the ears, the trunk of the thing as one composite. It’s not a matter of relative truths, no truth, or everybody having his or her own part of truth. Rather, when we bring our experiences, reason, and imagination together, we move toward a fuller understanding of what that truth is. A liberal arts education grants us this broader vision: we see with myriad eyes, but it is still I who see, as Lewis writes in his Experiment in Criticism.

When we bring our experiences, reason, and imagination together, we move toward a fuller understanding of what that truth is. A liberal arts education grants us this broader vision: we see with myriad eyes, but it is still I who see, as Lewis writes in his Experiment in Criticism.

One of the tools of totalitarian regimes is monologism: they will control the narrative so that there be only one truth. In a recent interview in the Wall Street Journal, Gary Saul Morson spoke about the state of free speech in the Soviet Union. He recalled a former Soviet student who said that the USSR was for free speech, but they did not allow people to tell lies. The joke was that the Communists controlled what was true. Anything that you said against the Party was a lie. This hypocrisy prompted Aleksandr Solzhenitsyn to famously stand up and say, “Live not by lies!” A true society that is open to free discourse is going to allow various perspectives, even those that disagree. A liberal arts education allows you to listen to a polyphony of voices—not just one monologic perspective—and be able to practice discernment with these voices to discover who contributes to the truth, who knows the truth, and how can we bring these voices together.

Flannery O’Connor would also caution us not to seek only the truth that makes us feel good. “Truth does not change according to our ability to stomach it,” she writes. You have to be willing to allow the truth to make you uncomfortable. You have to be willing to seek out truths, even when they do not necessarily fit what you’ve become accustomed to hearing. If you are living according to lies, then the truth is going to make you uncomfortable. A liberal society allows for that kind of free discourse to be able to seek the truth.

Learning to Want the Good, Not Shallow Substitutes

One common objection to the liberal arts is that they cannot create good people. After all, for example, Hitler was an artist and Stalin a former student of theology. But a liberal arts education can introduce a person to goodness, and can be a resource for those who are already rooted in faith and are practicing piety. Traditionally, piety was the beginning of learning. For the medieval clerics who founded the earliest universities, the Bible was the foundation for all other great books that come after it. If you’re a “people of the book,” you read books in search of those narratives that help cultivate the virtues that have been revealed. The liberal arts become a way of forming you in the way that you desire to go. Thus, piety is the bedrock of that search in the liberal arts. However, for those who have never known the good of the liberal arts, such sweet bread might taste bitter, as Augustine writes in the Confessions. We have to practice tasting things that may seem bitter to us if they have been revealed to be good. Education should be a training in discerning what is good, as C. S. Lewis writes in The Abolition of Man.

One common objection to the liberal arts is that they cannot create good people. . . . But a liberal arts education can introduce a person to goodness and can be a resource for those already rooted in faith and practicing piety.

Let me invoke a contemporary example here. When Martin Scorsese talked about the Marvel films, he said the problem is that those films feed people the lowest thing that you can desire, and thus your taste never changes. It’s like giving cotton candy to a baby and never demanding the baby eat pureed spinach. Of course the baby is not going to want the healthier option after a steady diet of sugar. Similarly, our tastes have been poorly cultivated by our culture. The film industry now can see what we want based on our media consumption and feed our desire directly without ever raising us toward anything higher. In contrast, we have to be courageous and ambitious; we have to seek out the books that will demand more from us. None of us wants to end up like those poor obese cartoon people in WALL-E who float around with personal iPads, having lost all the virtue of our humanity.

Yet, if we desire the good, then we cannot knowingly fill our world with poor substitutes for goodness. When you choose music for your children, would you rather they listen to Bach or Baby Shark? Which one draws out their better nature? Do you think it’s more conducive to your development of goodness to be listening to Jeremy Northam recite Hopkins’s poems on Audible, or to be listening to Cardi B? If you are only consuming the culture being offered to you, you will only have those kinds of songs playing in your head. If you are reading the classics, you have those words of wisdom in your head. Those who survived the Gulag recited and composed poetry to increase their fortitude. So many of us would fade away if we were in their shoes. In truth, many Americans have been fading away and lack the resources that robust culture provides to help them face suffering.

The Freedom to Desire Real Beauty

I began with Socrates’ definition of education as learning to love what is beautiful. The liberal arts free us to desire what is beautiful. Consumerist culture only offers us the ugly because it’s so unsatisfying that you’ll need to get another fix quickly; you have to consume more and more cotton candy to get full. Moreover, consumerist culture will only offer you what is easy to digest, so that you convince yourself you enjoyed it. Challenging things like sonnets and geometry do not offer the immediate gratification. However, they transform, enrich, and thicken our souls in ways the advertisers do not want. You cannot sell cheap material comforts to men like Solzhenitsyn or women like Flannery O’Connor; they are more substantial beings. The industries need sheep to profit. Mathematics, music, astronomy, literature are deep and rich and free. You will not be exploited, or controlled, when you pour your time and energy into them. You will be lifted up!

The liberal arts cultivate a way to respond to the world better.

Poetry does not come easily. We would rather turn on an easy Netflix show than read a poetry collection. We’re stressed and need to relax and “turn off our brains.” But that is succumbing to your gut—the animal part of you. It is accepting the lowest version of yourself. By contrast, poetry speaks to your heart, your emotions, your magnanimity. The liberal arts cultivate a way to respond to the world better. I’m a poet, and I love poetry, but there are a lot of different disciplines within the liberal arts. Read biographies of Einstein. Or Francis Su’s book Mathematics for Human Flourishing and discover the patterns in the world. Invest in studies that require more of you but give you a better awareness of beauty, a different language of the universe to listen to. We have to aspire to find that song in the world and listen.

Unless you have actually experienced the transformation possible from studying the liberal arts, it remains difficult to persuade people of their virtues. Those of my colleagues who have only known the bad English classes that they endured in school, imagine that mine offer some pathetic dissection of a text and multiple-choice quizzes. Anthologies and such quizzes are worthless; they’re right. However, if they experienced what I hope I offer instead—an encounter with beauty—they would learn to love great literature and long for it the way I do. Toward that end, I’m going to close with a brief reading from T. S. Eliot’s “Four Quartets”:

With the drawing of this Love and the voice of this Calling
We shall not cease from exploration
And the end of all our exploring
Will be to arrive where we started
And know the place for the first time.
Through the unknown, unremembered gate
When the last of earth left to discover
Is that which was the beginning;
At the source of the longest river
The voice of the hidden waterfall
And the children in the apple-tree
Not known, because not looked for
But heard, half-heard, in the stillness
Between two waves of the sea.
Quick now, here, now, always–
A condition of complete simplicity
(Costing not less than everything)
And all shall be well and
All manner of thing shall be well
When the tongues of flames are in-folded
Into the crowned knot of fire
And the fire and the rose are one.

If that does not free your soul, I do not know what will.

Read “The Liberating Power of the Liberal Arts” by Jessica Hooten Wilson on Public Discourse: The Journal of the Witherspoon Institute here.