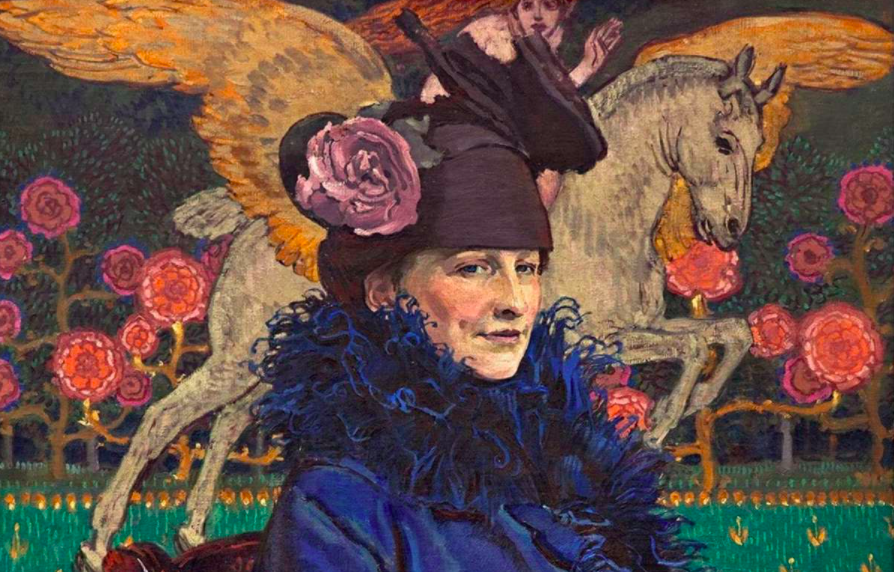 When I was rereading Homer’s The Odyssey, I noticed a curious fault in the hero—Odysseus falls asleep at the most inopportune times. At the start of his adventures, he dozes off when the ships are in sight of Ithaca, the pilgrim’s destination. Hoping that by overexerting himself he would arrive home faster, Odysseus steered until exhaustion defeated him. As he sleeps, his untrusting crew opens a bag of “gifts” from Aeolus out of curiosity, and the winds blow the ships off course. In another moment when, as the captain, he should be on watch, Odysseus abandons his men to explore a cave and pray, only to fall asleep. His men mutiny against his orders, slaying the Sun God’s cattle (whose meat keeps mooing on the spit). None but Odysseus now will ever see Ithaca. Lastly, Odysseus sleeps on the final ride home; the Phaeacians unload his sleeping form onto Ithaca’s shores without ever waking him up. The pattern suggests Odysseus’s sleep might be read as a moral failing.

In the Gospels, Jesus’s disciples are found sleeping when they should be watching and waiting (Matt 26:40, 43-44). Knowing he is to face the cross in the morning, Jesus asks his disciples to stay awake with him while he prays in Gethsemane. Yet, they fail three times, falling asleep repeatedly. Exasperating, Jesus warns them: “Watch and pray that you may not enter into temptation. The spirit is indeed willing, but the flesh is weak” (Mark 14:39). After Jesus has ascended into heaven, Paul will repeat similar admonishments in his letters. He writes in Romans, “The hour has come for you to wake from sleep” (13:11), and again to the Thessalonians, “For you are all children of the light, children of the day. We are not of the night or of the darkness. So then let us not sleep, as others do, but let us keep awake and be sober” (1 Thess 5:5-6). If we combine Jesus’s warning with the lesson of Odysseus, we get the point: to be asleep figuratively (in their cases, literally) may lead to destruction, for people to “fall into temptation.”

We are sleepwalking by filling our days with activities and missing our lives. If you watched The Social Dilemma, the filmmakers depicted the avatar of the human actor like a sleepwalker moving from click to click on his smart phone, video to photo to post, puppeted by the tool in his pocket. I wanted to disassemble my smart phone after watching it. The documentary exposes the underbelly of social media: a host of creators from Google, Facebook, Instagram, Pinterest, etc. reveal how they intentionally—though not maliciously—designed the interface, modes, and algorithms to keep “users” online.

The documentary points out that only two other markets call their customers “users”—casinos and drug dealers. Without any regulations, the online market feeds addictions to screen time, polarizes people by creating an echo chamber, and sells user data to advertisers like pigs at auction. People joke about phones listening to you, but the documentary dramatizes this reality.

The story of how technology deforms the human person into a sleepwalker is not new, though it is more pervasive and intense than ever. In the 1850s, Henry David Thoreau ventured off into the woods to “live deliberately,” fearful that a life in civilization meant a life of sleepwalking. Despite the dull content of most of Walden, Thoreau’s admonishment to the world to “Wake up!” is worth repeating. “Only one in a million is awake enough for effective intellectual exertion,” Thoreau laments, “only one in a hundred million is awake to a poetic or divine life. To be awake is to be alive. I have never yet met a man who was quite awake.” He is speaking figuratively about our sleep and wakefulness.

As an American in the nineteenth century, Thoreau feared the trains which enslaved people to their schedules, the news which had become “as indispensable as breakfast,” and Americans’ unrelenting penchant for entertainment. He compared his contemporaries to Cyclops from The Odyssey, residing in “the dark unfathomed mammoth cave of this world” and possessing “but the rudiment of an eye.” In another cave analogy from Plato, we are those who insist on watching the shadows on the wall rather than walk out into the light and see the true forms of things:

When we are unhurried and wise, we perceive that only great and worthy things have any permanent and absolute existence, that petty fears and petty pleasures are but the shadow of the reality. This is always exhilarating and sublime. By closing the eyes and slumbering, and consenting to be deceived by shows, men establish and confirm their daily life of routine and habit everywhere, which still is built on purely illusory foundations.

Although Thoreau drew from his nineteenth-century context, he names concerns that fit our twenty-first century reality.

We are still living like sleepwalkers being deceived by shadows. Even more so now, we find the news indispensable to our day and read it before we even rise from bed. We cannot go a moment without being entertained or sitting still with our thoughts. Our sleepwalking state is not much different than death-in-life. In The Moviegoer, Binx Bolling observes that everyone is dead, dead, dead. He begins talking with people only to find that he knows what they are going to say before they say it, that the conversation is trite, repetitive, insubstantial.

I have overhead many such conversations at coffee shops and fellowship gatherings. None of us want to just go through the motions, yet we perpetuate habits and practices that allow for nothing else. The phone calls to us in ways that should show us who is in control, and we should fear its ability to deform us into sleepwalkers.

To Wake to Something Higher

The protests, pandemic, and political polarization of 2020 were all a wake-up call for many, but it will only last if we realize what put us to sleep and how not to be lulled back to it. A century ago, G.K. Chesterton wrote a novel Manalive (1912), in which a host of characters realize they have been sleepwalking through their lives. When the only awake character, Innocent Smith, bounds into their boarding house, they are roused out of this dreamlike existence. One of them, Inglewood, reflects that he’s been kept “too busy to wake up” until then:

I fancy all hobbies, like my camera and bicycle are drugs too. Getting under a black hood, getting into a dark room . . . Drugging myself with speed, and sunshine, and fatigue . . . Pedalling the machine so fast that I turn into a machine myself. That’s the matter with all of us.

Our work, our hobbies, our tools have kept us so busy that we have neglected to see what it is all for. What is the purpose behind the activity? “There must be something to wake up to!” Ingelwood protests.

For Thoreau, one wakes up to the auroral call of nature—a start but not a satisfying end. For Chesterton, one wakes up to Christ, the true end. The Church provides the telos for all other activity. One lives meaningfully when one contemplates first the Creator and sustainer of all things. Nothing wrong with photography and bicycle rides—quite the opposite.

To take a picture defamiliarizes the everyday, so that one pays attention again and sees things as they are. Photography can be a means to wake up, but not it if it becomes used as an end in itself. Same with riding a bike—connecting with the body, breathing fresh air, seeing the world differently. Living deliberately on a farm by a lake is beautiful, Thoreau, but it is not enough. Such delights must not become the goals. In Surprised by Joy, C.S. Lewis reflects that certain activities or stories intimate something higher; he felt a pang of joy when he experienced them. But, as soon as he chased the joy or pursued the stories as the ends in themselves, the joy vanished. Contemplation feeds action, a reciprocal relationship in an awakened soul.

The question is whether it is enough to watch an exposé about the threats from social media, to hear Thoreau call us to the woods, to read about the temptations that overcame Jesus’s disciples or Odysseus, or to experience the fears caused by the unknowns of 2020. In The Lord of the Rings, the hobbits Pippin and Merry must wake up the Ents to fight against the increasing power of Saruman. Ents are tree-shepherds—what Thoreau would have dreamed to have become had he lived after J.R.R. Tolkien.

As Treebeard the Ent explains to the hobbits, “We train and we teach, we walk and we weed.” They care for the forest, but then they fall asleep. Because of their neglect, Isengard has destroyed many trees. Treebeard says that the Ents “need something great to rouse them,” and Gandalf prophesies, “Ents are going to wake up and find that they are strong.” What awakens the Ents is the danger threatening their “sheep,” the forest. With the threat of war, the Ents rise to the occasion and defeat the evil Wizard. What danger will be enough to call us to action? What goodness will be enough to compel us to sacrifice our time on our phones?

We know the good we ought to do and do not do it. The Christian life sometimes feels like we are stuck in Plato’s cave watching the shadow puppets while we know that the real forms are outside living life fully. There is nothing good inside the cave (if it belongs to the Cyclops; it only gets worse). Yet, it is so much easier to stay inside than risk coming out, so much easier to be on the phone than in a book or sitting still and silent in nature.

I cannot help thinking of another cave that the poet Malcolm Guite writes about in his poem “He who has ears to hear let him hear.” Guite starts the poem, “How hard to hear the things I think I know.” To listen again to what we already know but to know it in how we live, not only in how we think. Most of the Christian life is listening to echoes of things “half heard” and “half understood,” as another poet T.S. Eliot writes. Guite describes this struggle with the things we know but do not live as being “trapped in trappings at the door/ They never opened, Life just out of reach.” We are the dead ones trapped in caves of our own making.

Yet, Guite asks as in a prayer, “Open the door for me and take me there./ Love, take my hand and lead me like the blind.” There is a way out of this cave, out of the “grave clothes, this dark earth,” out of the sleepwalking, death-in-life existence. The last line of Guite’s poem might be a reminder of things we know but need to hear again: “But you are calling ‘Lazarus come forth!’” Reading these stories and poems might be a starting place for counteracting the formative influence of devices. The Gospels, The Odyssey, Walden, Manalive, The Lord of the Rings offer experiences of an alternative vision of the world from the one that demands our every-second of attention. They cultivate images that question our state of being and show us how an awakened life might look in comparison to sleepwalking. While our world tries to put us to sleep with a cacophony of voices, like a sound machine that deafens us, good literature, walks in nature, contemplative prayer, all these goods may amplify the voice calling us to come out of the cave: Wake up. Come alive. Come forth.