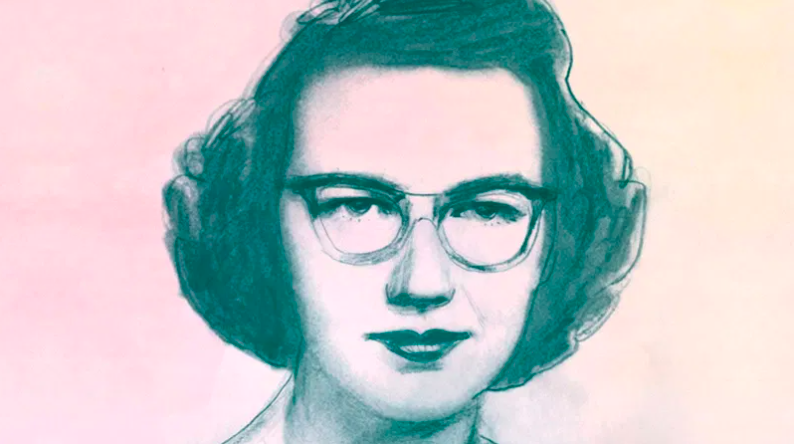 When we find something beautiful or true or too good to be forgotten, we desire more, to fill our pockets to overflowing and our hearts to the breaking point. Readers flock to the bookstore and pre-order with impatience the latest from a beloved author. Harper Lee’s Go Set a Watchman sold a million copies in week one. And every time new essays by C. S. Lewis are discovered, they are printed. Consider another iconic writer — Flannery O’Connor. Although semi-popular while she lived, selling around 15,000 copies of her first novel, O’Connor was awarded the National Book Award posthumously for her collected stories, and since her death in 1964, there have been collections published of her essays, interviews, and letters, and even her cartoons and prayers. Now canonized alongside Steinbeck, Faulkner, and Morrison as a great American author, O’Connor inspires a cult following as well, with people bingeing on podcasts and YouTube videos about her, tacking bumper stickers on their car that read “A Good Man Is Hard to Find,” and professing a love for her that resembles obsession.

To feed our hunger for more Flannery — as well as for her friends and other famous figures of her time — Benjamin B. Alexander has edited Good Things Out of Nazareth: The Uncollected Letters of Flannery O’Connor and Friends. The title is intentionally ironic. It borrows the phrase “out of Nazareth” from the original source in the gospels, where a skeptic asks regarding Jesus, “Can anything good come out of Nazareth?” Also, the novelist and O’Connor pen pal Caroline Gordon employed the phrase after reading the unpublished novels of Flannery O’Connor and Walker Percy. Other friends from Nazareth include Brainard and Frances Cheney, Allen Tate, Father James McCown, and Elizabeth Hester — one of O’Connor’s dearest correspondents, to whom she wrote 274 letters.

Most scholars have read these letters before, so this collection is not aimed at literary critics and students of history. One summer I traveled to the archives of Vanderbilt University, Princeton University, the University of North Carolina, Loyola University of New Orleans, Emory University, Georgia College, and Georgia State University to read some of the letters of these eminent midcentury writers. When you open a letter that was written between two people decades ago, you feel like an unaccredited sleuth, a Sherlock Holmes impostor sneaking a peek into the private worlds of others. Scholars read these letters for clues on their current research — I was attempting to unveil the influence Dostoevsky and other Russian novelists had had on these American writers. Reading Alexander’s collection, I wondered to whom this book was addressed and for what reason. Why would a lawyer, nurse, teacher, or cashier read these letters? Is the desire to hear these authors’ voices again enough of an incentive?

And can these letters be read without a cohesive story connecting them, without a lens through which to read them, or the intercessions of a teacher highlighting their significance? In his 2004 book about O’Connor, Percy, Dorothy Day, and Thomas Merton, The Life You Save May Be Your Own, Paul Elie says he aims to do more than document “episodes in a recent chapter of American religious history”; he wants, rather, to engage readers in a “narrative of a pilgrimage, a journey in which art, life, and religious faith converge.” Elie’s web of stories drawn from archival research and biographies reads like one tale, that of providence authoring these writers’ lives. In her recent collection The Letters of Flannery O’Connor and Caroline Gordon, Christine Flanagan shares the story of a primarily epistolary and literary friendship in which two writers discuss aesthetics, techniques, and the merits of books. While Flanagan does not narrate a story in the same vein as Elie, she moderates Gordon and O’Connor’s conversation with necessary transitions between the letters and years, filling in the details.

Ultimately, an overarching narrative is what readers will find missing from Alexander’s collection. The letters jump between correspondents and between years, so readers have to create their own storyline from the jumble of puzzle pieces here assembled. The chapter titles and opening paragraphs offer no indication of the theme for each section, e.g., “The First Priest Who Said ‘Turkey-Dog’” and “Removing Choice Souls So Soon.” For readers unfamiliar with the figures presented, Alexander does not supply much in terms of biography. His collection makes readers feel outside of things, lost even, and I write this as a scholar who has substantial familiarity with the setting, time period, and plots of many of these figures’ lives.

For those willing to sift patiently through the sediment, there are gems. One story that has often been told but is particularly rich is that of Gordon’s discovery of O’Connor and Percy. Alexander presents in their entirety dozens of letters between the three writers. In 1951, Caroline Gordon was living in Minnesota because her husband, Allen Tate, had accepted a tenured position at the University of Minnesota. The previous spring, she had finished her novel The Strange Children, and by Christmas she was in between writing projects. In this hiatus, she accepted two requests from aspiring novelists to read their works in progress: O’Connor mailed her Wise Blood, and Percy sent The Charterhouse. Gordon writes with eagerness: “A Catholic novelist who relies more on his technique than his piety is what is badly needed right now. I wouldn’t want to pass up a chance of discovering one.” Only a few years earlier, Gordon had converted to Catholicism, which dramatically changed the way that she thought about fiction. Because Percy was a Catholic, she charged him only $100 to read the book. In O’Connor and Percy, Gordon received an answer to her prayers.

After reading the two of them, Gordon writes to Brainard Cheney, an agrarian novelist, about their promising careers: “I have put my money on a good many horses. . . . I occasionally get a glimpse of the wheels going around. I saw them here.” While Gordon lauds O’Connor and Percy for their novels, which “will be sensations when they come out,” she is more excited about what this means for the Catholic literary renascence. In her words, these novels “will show so clearly that the tide has turned,” for O’Connor and Percy “come right out with” their faith. One cannot help enjoying Gordon’s prophecy from our place 70 years in the future. She certainly bet on the right two horses in this case, and her instruction to O’Connor and Percy, as well as her encouragement as their friend and fellow believer, paid out in dividends for those of us who love their fiction.

O’Connor’s letters were first published in 1979 in The Habit of Being, a collection edited by her friend Sally Fitzgerald; however, much of the content of those letters was excised or censored at the time. In Creating Flannery O’Connor, historian Daniel Moran chronicles the debate between O’Connor’s mother, Regina, who wanted the letters kept private, and Flannery’s correspondents, who all wanted to publish their letters because, as Maryat Lee wrote, “the world is hungry to know more of” Flannery and these letters would “enlarge her already considerable influence.” Regina relented and gave partial consent, drawing strict lines around what could and could not be published, in order to protect her daughter’s reputation. Alexander’s collection benefits from the Flannery O’Connor estate’s having released its grip on the letters so that readers might have a fuller picture of the author. Not to mention the other estates’ willingness to have their writers’ words published in their entirety — Gordon’s, Percy’s, Cheney’s, and so forth.

As Elie indicates, these “writers from the middle of the last century . . . precede us the way Tolstoy and Dostoevsky, Hopkins and Henry James, preceded them. They are solidly canonical, fixed in the lens of literary posterity: anthologies, conferences, monographs, appreciation societies.” We are grateful for publications such as Alexander’s Good Things Out of Nazareth because we enjoy resurrecting our literary heroes and drawing from their wisdom. In a world where correspondence disappears into the ether, these letters remind us of what is lasting; they feel solid and ground us somehow. We may never return to the time of consistent snail mail, but perhaps we can aspire to be as prophetic as those who came before us. In a letter to a local reader, O’Connor wryly observes: “I daresay the claptrap we have to make our way amid is no more ridiculous than it ever was or is. The point is to see it and beyond it to what it hides.” Her words, from 1953, sound to us now just as true.

In that spirit, let me end with a couple of recommendations. For those who enjoy O’Connor and Percy but want to read contemporary novels, read Carlene Bauer’s Frances and Bernard, a fictional correspondence that draws on the real relationship between O’Connor and Robert Lowell, and Leif Enger’s Virgil Wander, which resembles Percy’s outsider-wayfarer novels. As Paul Elie has repeatedly pointed out to me, we need to go beyond these luminary figures and encourage our living writers.

Read “A New Collection of Letters Feeds the Hunger for More Flannery O’Connor” by Jessica Hooten Wilson on the National Review here.